On May 26, 1938, at the Pasadena Athletic Club, a small group of "registered x-ray technicians" held the first meeting of the California Society of X-Ray Technicians (CSXT). To say that a lot has changed since that first meeting is, of course, an enormous understatement.

The founder and first president of the CSXT was Arthur Bierkle, R.T.

The first Technigram appears that year with Opal Bruce as editor. The initial registration fee for the Society is 25 cents, the first informal dinner $1.25, and the first overnight accommodations, a cottage, is $1.50, with bedding furnished on request.

Also, in that first year, from the very first meeting, "the medical profession gave their support and in later years the forming of the Liason Committee contributed much to better understanding between employer and employee."

In November 1944, while Patton was racing across France with the Third Army, CSXT President Seth Mohr writes in the Technigram, "The profession of Radiography is approaching a new era. We cannot visualize the things to come. We know that post-war medicine will be advanced far beyond the 1944 status -- that (with) peace will come new theories, new methods, new gadgets."

The size of the CSXT is something to brag about with more registered technicians than any other state -- 391.

The 1948 CSXT annual convention at the U.S. Grant Hotel in San Diego offers some fundamental presentations such as "The Relation or Position which the Technician Bears to the Radiologist and Patient" and "Are You Seeking a Job?"

At the same time that General Douglas MacArthur was asking President Truman to use atomic bombs in the Korean War, the Los Angeles District of the CSXT holds its annual Christmas dinner in the Coral Room of the Gaylord Hotel. The featured speaker is Dr. Birchard Brundage, Chief of Health Section with the Atomic Energy Project at UCLA. He shows a film titled, "Atom Strikes" and discussed the results of possible atomic attacks on Los Angeles.

During cocktails and dinner, guests are entertained by an accordionist.

The cost to mail the eleven-page Technigram is two cents.

The Technigram runs a list of "Ways to Kill an Organization", created by the Maryland Society of X-Ray Technicians. The list includes such helpful suggestions as "Don't tell the organization how it can help you, but if it does not help, resign" and "If you receive service without joining don't think of joining."

The CSRT Articles of Incorporation filed with the S tate of California. 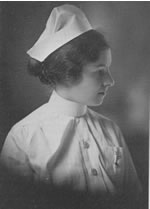 Long-time supporter of the CSXT, Ruth McM illan, passes away, leaving a bequest of over $1200 to the Scholarship Fund (with inflation that would be around $7000 in 2006). The following year, 1968, the membership votes that the fund be known as the "Ruth McMillan Scholarship Fund" to honor her long-standing support of CSXT undertakings and her spirited enthusiasm for educational projects.

Inception of the CSRT Newsletter. As Josephine O. Sparks, sixth CSRT historian, writes in her compilation, "CSRT, The First Forty Years". The newsletter was established "because the "Technigram" became a bi-monthly and later a quarterly journal, which took over a month to produce, it was impossible to reach the membership with important news in less than two to three months." How things have changed!

News note from the Technigram: "Because many non-radiologist physicians and technologists operate fluoroscopic equipment independently, there has been repeated discussion of this issue. A policy is being developed whereby certified individuals will be able to do this providing a radiologist has verified they have sufficient knowledge and skill to do so."

Letter to the Editor, April, 1976: "I wish to express my concern to all Technologists in the State of California. My concern is the lack of proper identification to our profession, abused by some of our peers, superiors, physicians, and the public.

"I speak of the term 'Technologist/Technician.'

One of the outstanding CSRT presidents was Davidson C.L. Jackson, CRT. You knew right away he was a caring leader when he published his home and work phone numbers (no cell phones yet) in the CSRT Newsletter, and told members to call any time. "I am available to you," he declares. 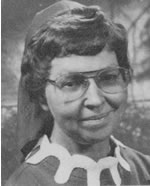 Sister Agnes Therese elected President of ASRT -- After graduating from high school, she entered the Sisters of Saint Joseph in Orange. When she completed two years of training in religious life, she went to work in the Apostolate of the Sick, first as a nurse, then as a radiologic technologist. After she became registered, she joined the ASRT, then the CSRT in 1950, serving as CSRT president in 1968. When asked about her goals for the CSRT, she said she would like to see "increased membership...so that CSRT and ASRT can achieve their goals educationally, legislatively, and socio-economically."

National Radiologic Technology Week is established by the ASRT. 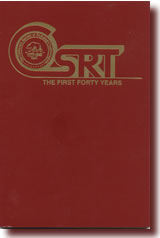 The cost to mail the three-page CSRT Newsletter is 15 cents.

ASRT launches an aggressive campaign to protect patients from overexposure to radiation during radiologic procedures and help reduce the cost of administering health care.

ASRT introduces House and Senate bills pursuing basic educational and certification standards for health care workers who administer radiologic procedures in every state in the union. The bill, known as the Consistency, Accuracy, Responsibility and Excellence in Medical Imaging and Radiation Therapy (CARE) bill, would ensure that patients undergoing all types of radiologic procedures have the same assurance of quality as those receiving mammograms under the provisions of the Mammography Quality Standards Act. CSRT begins sending members annually to Washington, D.C. to lobby for passage of the bill.

Upon the dissolution of the Superior District, they generously donated their remaining funds ($22,000) to the CSRT to be used for perpetual student scholarships. The CSRT Board of Directors decided to use the funds to offer the opportunity for students to experience the legislative process through a mentoring program during trips to Washington D.C. to campaign for "RT to DC". 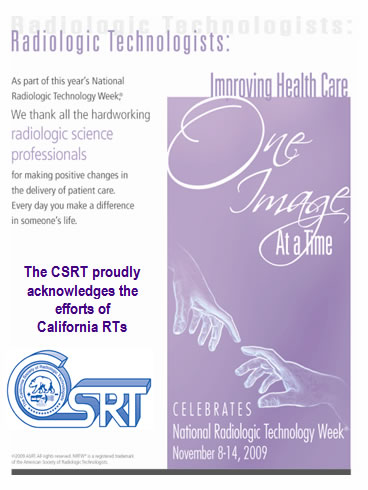 The cost of distributing the CSRT newsletter -- free. The Technigram goes online. 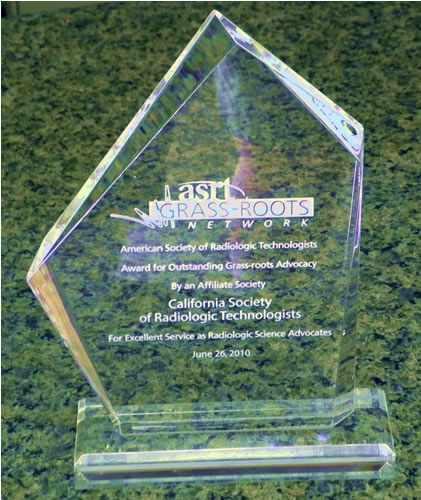 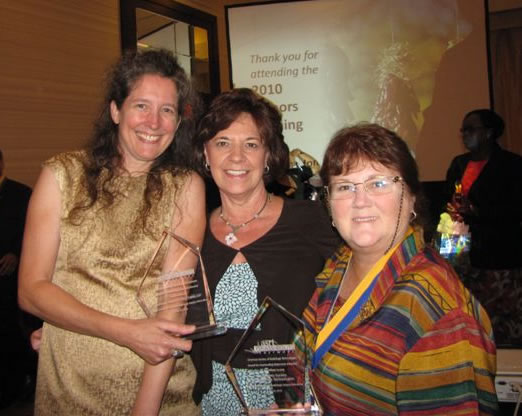